PORTAGE TOWNSHIP –
One person was killed in a two-vehicle car crash on Askel Road in Portage Township Monday night.

About 6:30 p.m., Rick VanAlstine, 52, of Pelkie, was driving east on Askel Road when he hit a deer
that ran into the roadway.
He lost control of the vehicle and skidded into the westbound lane, where he hit a vehicle driven by
Gloria Karinen, 65, of Pelkie, the Michigan State Police Calumet Post said. Karinen was

pronounced dead at the scene.

Road conditions were described as mostly clear, with some patchy ice. 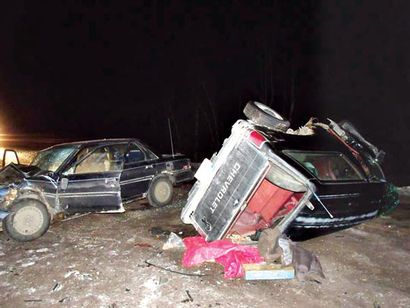 VanAlstine was taken to Portage Health, then later taken to Marquette General Hospital.
The MSP was assisted at the scene by

The investigation is ongoing.